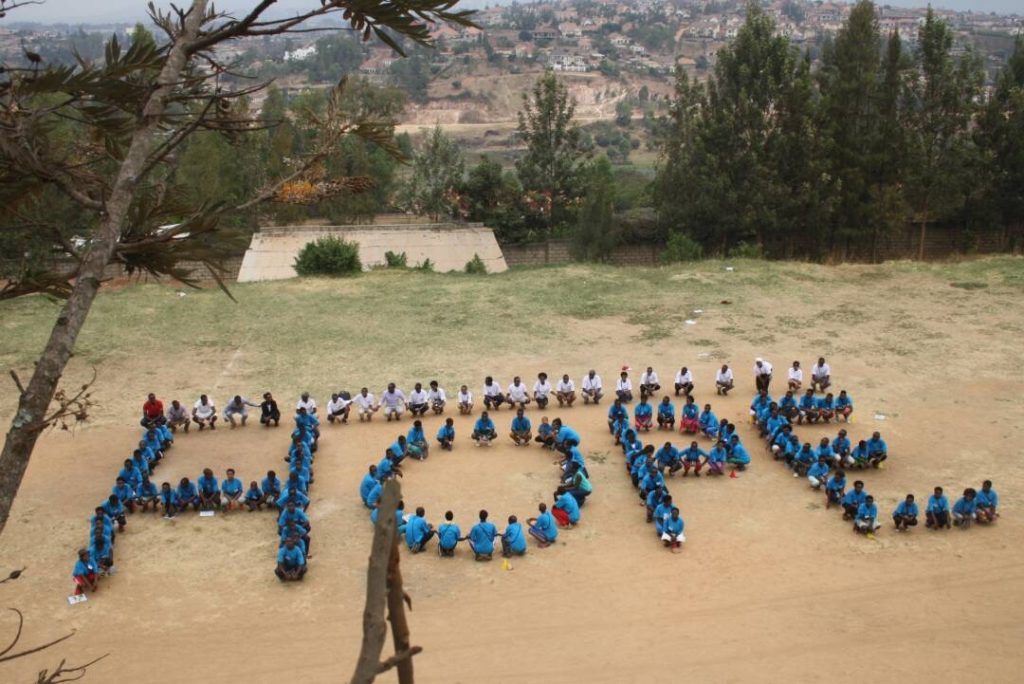 Many of the children supported by Life for a Child face a number of challenges in addition to the management of their type 1 diabetes.

We recently received this story from a supported center in Rwanda which shows that sometimes, unfortunately, these challenges can prove insurmountable.
‘’Claude remembers nothing about his life before 1994. That was the year of the Rwandan genocide which resulted in more than a million deaths and many thousands of others others being exiled to neighboring countries.

Claude was among those Rwandans who fled the country that year At just three years old he found himself in Kampala, Uganda, living with a family thought to include his uncle – He did not remember his parents as he was so young.

While he was growing up, his ‘’cousins’’ went to school, while he was treated as their servant. He began to doubt the relationship with the family because he was treated very differently. He suspected that these people found him during the genocide and lied to him that he was their family member.

When he was 14 years old, Claude started to lose a lot of weight over a short period of time so that his family thought he had the HIV AIDS virus. Instead of helping him by taking him to the hospital, they decided to send him back to Rwanda.

While he was very sick and being taken to the bus station, he realized that the family had never looked after him as they did with their other children – he could be given away once he was no longer useful.

When Claude reached the border between Rwanda and Uganda he was in a coma. The Ugandan police took him to the hospital in Uganda where he was diagnosed with type 1 diabetes. He was passed between the Ugandan and Rwandan police. Within the following year, the Byumban police in northern Rwanda kept him at the police station where he lived between the hospital and the police station. He had many admissions to hospital because his diabetes was not well managed.

While Claude was in Byumba hospital, he met the team of Rwanda Diabetes Association (RDA) who explained how they could seek help for him through Life for a Child sending life-saving insulin and supplies which would allow him to manage his diabetes. Claude was given a glucose meter, glucose strips, insulin and syringes and diabetes education resources. In a short period of time, with regular support from Life for a Child and RDA he was able to improve his blood glucose with no admissions to hospital.

Claude registered in the government’s poverty program, which was building a shelter for the most vulnerable people. Claude was given a house in that program and married the following year. A baby soon followed and he, his wife and baby, lived together happily.

However, Claude wasn’t able to earn enough to support his family, so he again asked the RDA team for help. RDA helped Claude design a small income-generating project. He was collecting fresh milk using a bicycle to deliver milk to the city. He was then able to manage his business and care for his family. His dream was to see his son grow up in better conditions.

Despite the challenges of his life, he did not develop any complications. However, sadly, Claude died of hypoglycemia on 25th August 2017. His wife and neighbors took him to the hospital but it was too late.’’

Claude’s story courtesy of the Rwandan Diabetes Association and illustrates the dreadful challenges that many young people with type 1 diabetes face in less-resourced countries.

Life for a Child is working with RDA to stop tragedies like this happening. We developed a Diabetic Ketoacidosis (DKA) campaign in 2012 to raise awareness of the signs and symptoms of type 1 diabetes. Posters in Kinyarwanda and French were created and distributed locally to community health centers and hospitals. This has helped health professionals to act quickly in treating and managing type 1 diabetes.

Life for a Child has been supporting RDA since 2009 with insulin, test strips, blood glucose meters, diabetes education and mentoring from international experts with expertise in type 1 diabetes in young people.

You can help us support and advocate for young people like Claude, make a donation today.

PrevPrevious ArticleLiberia – Tackling Type One
Next Article”It’s a long road but there’s a lot to give thanks for.”Next
Donate